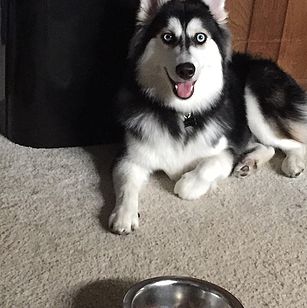 The Ultimate Guide to Pomsky vs Husky: Which Breed is Right for You?

By Pomsky Owners AssociationJuly 11, 2022No Comments

When selecting a dog breed, there are several things to consider. Do you want a playful pup that will always keep you entertained or a furry friend who will be content to curl up on the couch with you?

Perhaps you would prefer an energetic dog who loves to run and play outdoors or one who is more laid-back and lazy. (If you are a student, remember that any dog needs a lot of time, so ask essayassistant.net for help so you don’t have to worry about your assignments). In this blog post, we will compare Pomsky dogs to Huskies and help you decide which one is right for you!

What is a Pomsky?

Fluffy. Adorable. Lovely. A Pomsky is a designer dog breed that was developed by crossing Siberian Huskies and Pomeranians. The Pomskies are extremely cute with thick double coats, fluffy tails, large ears, and big eyes – they look like mini Huskies or sometimes little foxes! Pomskies come in many colors including white, black/brown/grayish-blue, or red-golden tan depending on their parents’ coat coloration patterns.

The Pomsky is not recognized as an official breed by any major kennel clubs including the American Kennel Club (AKC), but Pomskies do have fans all over the world who love them for their adorable looks. And we love them too. They are cute, fluffy, and cuddly.

Although they can be stubborn at times (like their Pomeranian parent), most Pomskies love to play outdoors and will do anything for a treat or two! Their tails wag non-stop when they see you coming towards them with something delicious like peanut butter cookies – so beware if you’re trying not to spoil your pup too much because these little guys have big hearts that melt even the hardest of us all!

What Is a Siberian Husky?

The Siberian Husky, unlike the Pomsky, is a medium-sized working dog that originated in Siberia, Russia. They were originally bred as sled dogs and used to transport people or goods over long distances through the snow, but today they are mostly kept as pets.

Huskies have thick coats with two layers: an undercoat that keeps them warm when it’s cold outside, and guard hairs on the top of this layer that protect against dirt getting into their fur (and your house!). Their eyes can be blue or brown – sometimes both colors in each eye!

How Do Pomskies Compare to Siberian Huskies?

Pomskies look very much like a small version of Siberian Husky. They have fluffy tails and large ears, but Pomskies are smaller than Huskies. Pomsky’s eyes can be blue or brown – just like the Pomeranian parent breed (sometimes both colors in each eye).

Their coats come in all colors including white, black/brown/grayish-blue or red-golden tan depending on their parents’ coat coloration patterns which means they may not always match up exactly with any Pomeranian dog breed standard; however, most Pomskies will still retain some unique characteristics such as long legs that resemble those found on many types of working dogs used throughout history.

Pomskies are no giant dogs by any means. Their sizes range from small (under 10 inches tall) to medium size (13-17 inches) while weighing approx. 20-30 pounds. The Pomsky puppies are usually smaller than the parents and grow in size as they mature.

When it comes to the size of a Siberian Husky, there is no one definitive answer. Some Huskies are smaller in stature, while others are larger. It really just depends on the dog’s genes and upbringing. However, on average, Siberian Huskies typically weigh between 35 and 65 pounds.

This puts them on the larger side as far as dogs go, but they’re still manageable for most people.

The Pomsky does not shed less than a Husky and requires just as much or more grooming maintenance, therefore Pomskies are great for people who don’t care about spending too much time on their pet (in fact they get a new part-time job). Due to size, they can also be great for those who live in an apartment setting, if they still get enough exercise and activity.

Pomsky dogs have a variety of hair lengths, depending on genetics (smooth, plush or wooly). Huskies generally have a thicker double coat compared to Pomskies, but that doesn’t mean a Pomsky won’t need lots of baths. In addition, Pomskies still require regular brushing so that mats don’t form in their fur from dirt accumulating against the skin (and causing discomfort). Owners of Pomskies generally have them indoors more than Huskies. So controlling Pomsky shedding requires a good amount of maintenance and grooming.

Huskies are in general healthy dogs. Like all breeds in the world, they’re prone to certain health conditions. It is certainly important to be aware of the diseases the Huskies might get if you’re still considering this breed. If you decide to buy a puppy, we definitely recommend finding a good breeder. A reputable breeder who will show you health clearances for both of your puppy’s parents if you’re buying a puppy. Dog health clearances demonstrate that a dog has been examined for and found free of a specific disease.

Pomskies can be prone to some health problems such as patellar luxation and obesity. Patellar luxation can be an expensive condition to treat as patella or knee cap moves out of place in one or both hind legs causing pain in your dog’s leg(s). It is a genetic defect that causes lameness which may require expensive surgery. The Pomsky owners also need to watch their dogs for any signs of obesity because they are at risk due to overeating habits passed down by the Pomeranians who tend to eat more than required.

To prevent these conditions, you should always buy your Pomsky from a reputable breeder who health tests their dogs for patellar luxation and other genetic diseases. You should also keep your dog on a healthy diet and exercise with them regularly to help avoid obesity.

Some people say Pomskies have an even temperament (this is debatable!) compared to their parent Siberian Husky which is very friendly to strangers or new people around them. Pomskies are also very energetic and playful dogs that love attention from their owners or any person they are around with. They get along well with children of all ages, so Pomskies make ideal pets for children’s playmates too!

Their high energy levels make Pomskies perfect companions for kids who like running around outside but are not quite yet ready for school-aged kids because these pups tend to get too excited and jump up on people. Pomskies are also good with other pets as long as they have been socialized properly from a young age; Pomsky puppies love playing around dogs like Huskies or Pomeranians so much that it can sometimes cause them tussling over toys which might lead to some minor injuries for both sides but don’t worry – Pomsky owners will be there watching closely just in case anything does happen!

One of the main differences between Pomskies and Huskies is their reproductive rate. Pomsky litters tend to be smaller than Husky litters, averaging about three puppies compared to six or more for Siberian Huskies. This is likely due to the correlation of litter size to parent size.

One downside to Pomsky’s popularity is that it can be difficult to find a reputable breeder. Because the Pomsky is a relatively new breed, many of the breeders are inexperienced and may produce puppies with health problems. So, before you buy a Pomsky puppy, be sure to do your research and find a reputable breeder who has tested their dogs for genetic diseases. And make sure you ask all the right question.

Siberian Huskies have been around for centuries and have been bred by experts who know how to keep them healthy.

The average price for a Pomsky ranges from $1500 to $4000 (but might as well reach as much as $5,000+), while the average price for a Siberian husky ranges from $600 to $900. So, on average, Pomskies tend to be about 3-5x more expensive than Siberian Huskies. For more detailed information about husky prices, see Breed Advisor’s Siberian Husky Price Guide. You can also view our other blog on Pomsky pricing.

Second, Pomskies require more specialized care than Siberian Huskies. They need to be groomed more often to avoid matting, and they also require a higher-quality diet due to their hybrid nature.

Finally, Pomsky breeders typically charge more for pomsky puppies because there is greater demand for them. So if you’re looking for a Pomsky puppy, be prepared to pay a bit more than you would for a Siberian Husky puppy.

On the other hand, The Husky owners are paying on average more for the food as the Huskies are enthusiastic eaters: they definitely consume more food than Pomskies. In addition to this, be ready to spend more when you buy accessories such as a dog bed or the harness for your Husky due to their larger size.

Pomskies have a longer life span than Huskies because they are smaller. Pomskies can live over 15 years while Husky on average lives 12 to 14 years.

One of the most common questions people ask about Pomskies is how intelligent they are in comparison to Huskies.

This is a difficult question to answer because intelligence can be measured in different ways, and it also varies from dog to dog.

However, what we do know is that their parent Huskies are considered one of the most intelligent dog breeds out there. In fact, they often rank near the top of intelligence tests for dogs.

This isn’t really surprising when you consider all that these dogs can learn – from obedience commands to tricks, sledding, and more. They pass the intelligent genes on to Pomskies too.

Pomsky vs Husky: Which Breed is Right for You?

Our final thoughts on Pomsky vs Husky? It depends on what you want from your dog. If you are looking for a family pet that will always be loyal and loving no matter what, then Pomskies are perfect! They have lots of energy so they love to play with children or go with you hiking in the woods. These dogs make great watchdogs because they can hear anything happening nearby even when it’s dark outside – which makes them good at protecting their owners too!

If you are looking for a working dog that can help you out with some of your daily tasks, then Siberian Huskies might be better for you. They are very intelligent and have been known to learn quickly how to do things like pulling sleds or fetching items. However, they generally require more exercise than Pomskies so make sure you have enough time and energy to take them on walks or runs.

The good news is that Pomskies and Siberian Huskies have many similarities as well; both breeds are loyal and intelligent dogs who make great companions. Ultimately, the decision of which breed is best for you will depend on what kind of dog you’re looking for and how much money you have to spend.

And finally, remember that both Pomsky and Husky puppies require lots of training – it’s important to start early! So whichever breed you decide is right for you, be prepared to put in the work required to raise a happy and healthy dog.

Author Bio: Michael is a lover of all animals, but dogs always steal his heart. He worked as a volunteer at an animal shelter for years, and in that time he met countless canines who needed homes. He founded PawShore.com – a website devoted to helping dog owners find the information they need.